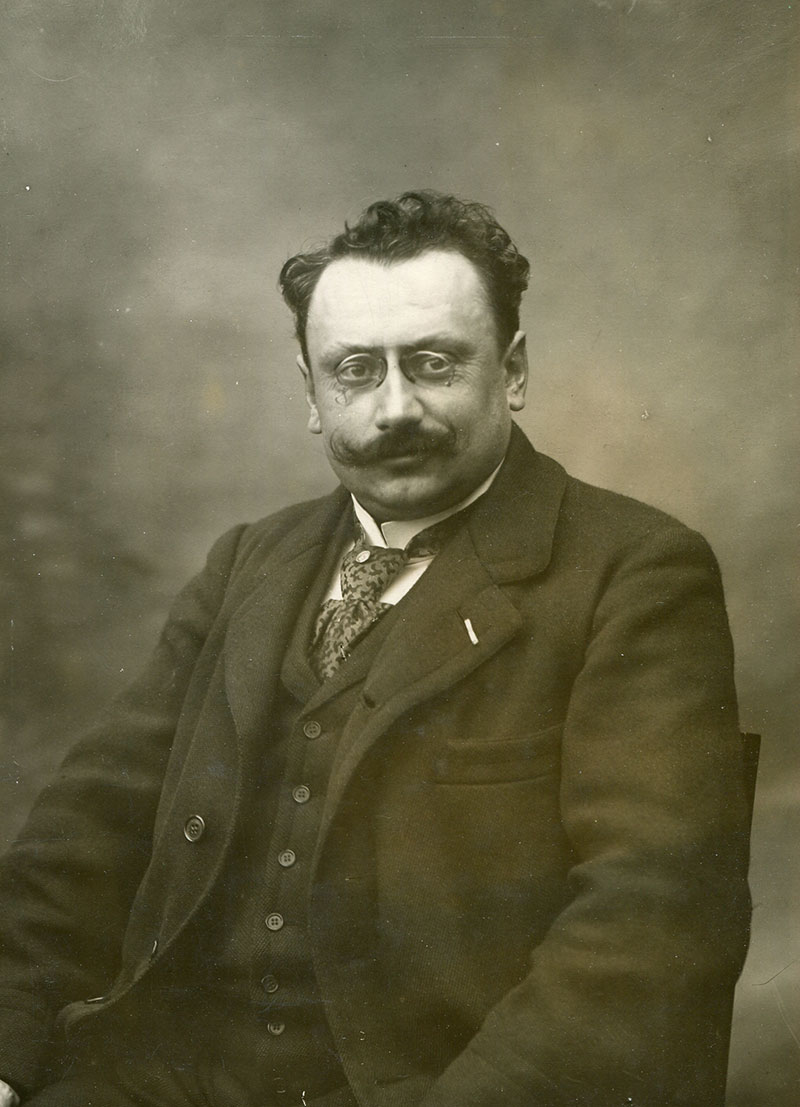 Caroline Durand-Ruel Godfroy is one of Paul Durand-Ruel’s grand-grand-daughter. She worked for several years with her father, Charles Durand-Ruel. When the latter died in 1985, realizing the capital importance of the Durand-Ruel archives for the traceability of the works of the many artists who passed through the gallery, it was decided to direct their activity towards exploitation and dissemination of these archives.

She has also been involved in the organization of numerous exhibitions, loaning and writing catalog essays, as well as writing articles for periodicals and giving lectures. In particular, she published and annotated the correspondence sent by Degas to the Durand-Ruel gallery as well as that exchanged between Renoir and Paul Durand-Ruel.

Finally, it was in 1989 that she began to look at the critical catalog of the work of Maxime Maufra.

Thanks to its archives, the Durand-Ruel gallery has contributed in a crucial way, as regards the photos and the history of the works, to the “catalogues raisonnés” of the works of Degas, Manet, Monet, Pissarro, Sisley and, in part , Renoir.
But the Durand-Ruel gallery did not just promote the impressionist painters. She had previously endeavored to make known the painters of the 1830 School or Barbizon School and then, later, at the end of the 19th century, the post-Impressionist painters, such as Albert André, d’Espagnat, Loisea, Moret, whose audience should be enlarged.
Maxime Maufra is one of them and it is natural that the Durand-Ruel gallery publishes the “catalogue critique” of this artist’s work. Maxime Maufra was part of the “Durand-Ruel stable” from 1894 until his death in 1918.
He is best known as a painter from Brittany. But, a tireless traveler and while favoring landscapes and his favorite theme, water, we generally ignore that a significant part of his work was performed in various regions of France, such as the Vendôme and Lavardin regions, which he was particularly fond of and where he died. But he also painted Normandy, the Paris region, the South of France and even the Oisans, without forgetting Nantes, his hometown, and the banks of the Loire. He also brought back works from Scotland, Belgium and Luxembourg as well as from Algeria.
And it is to be hoped that this “catalogue critique” will make it possible to make better known and appreciate the work of this powerful and sincere artist who knew how to keep his independence from all the artistic currents of his time.

I would like to extend all my gratitude and thanks to all those who have supported and helped me in this 30-year long work :

– Yves Maufra, the artist’s grandson, for all his knowledge of his grandfather’s woek and his advice which was a tremendous help ;

– the Durand-Ruel Archives, through Paul-Louis Durand-Ruel and Flavie Durand-Ruel Mouraux, as well as Nicole Arbel and France Daguet  and all those who, since 1890, have worked so well in the constitution of these archives ;

– without forgetting my husband, André Godfroy, for his patience and his support.

Last but not least, I would also like to thank all those that I may have unfortunately forgotten and the museums and auction houses that have allowed me to reproduce free of charge the photographs of Maxime Maufra’s works from their collections.

© 2018 Durand-Ruel & Cie. Durand Ruel is a registered brand. All Rights Reserved.
Legal Notice and General Conditions of Use

You can find out more about which cookies we are using or switch them off in settings.

This website uses cookies so that we can provide you with the best user experience possible. Cookie information is stored in your browser and performs functions such as recognising you when you return to our website and helping our team to understand which sections of the website you find most interesting and useful.

Strictly Necessary Cookie should be enabled at all times so that we can save your preferences for cookie settings.

If you disable this cookie, we will not be able to save your preferences. This means that every time you visit this website you will need to enable or disable cookies again.